But when her owners saw that their hope of gain was gone, they seized Paul and Silas and dragged them into the marketplace before the rulers. And when they had brought them to the magistrates, they said, “These men are Jews, and they are disturbing our city. They advocate customs that are not lawful for us as Romans to accept or practice.” The crowd joined in attacking them, and the magistrates tore the garments off them and gave orders to beat them with rods. And when they had inflicted many blows upon them, they threw them into prison, ordering the jailer to keep them safely. Having received this order, he put them into the inner prison and fastened their feet in the stocks.

25 About midnight Paul and Silas were praying and singing hymns to God, and the prisoners were listening to them

and suddenly there was a great earthquake, so that the foundations of the prison were shaken. And immediately all the doors were opened, and everyone’s bonds were unfastened.

When the jailer woke and saw that the prison doors were open, he drew his sword and was about to kill himself, supposing that the prisoners had escaped. But Paul cried with a loud voice, “Do not harm yourself, for we are all here.”

And the jailer called for lights and rushed in, and trembling with fear he fell down before Paul and Silas. Then he brought them out and said, “Sirs, what must I do to be saved?”

And they said, “Believe in the Lord Jesus, and you will be saved, you and your household.” And they spoke the word of the Lord to him and to all who were in his house.

And he took them the same hour of the night and washed their wounds; and he was baptized at once, he and all his family. Then he brought them up into his house and set food before them. And he rejoiced along with his entire household that he had believed in God.

But when it was day, the magistrates sent the police, saying, “Let those men go.” And the jailer reported these words to Paul, saying, “The magistrates have sent to let you go. Therefore come out now and go in peace.” But Paul said to them, “They have beaten us publicly, uncondemned, men who are Roman citizens, and have thrown us into prison; and do they now throw us out secretly? No! Let them come themselves and take us out.” The police reported these words to the magistrates, and they were afraid when they heard that they were Roman citizens. So they came and apologized to them. And they took them out and asked them to leave the city. So they went out of the prison and visited Lydia. And when they had seen the brothers, they encouraged them and departed.

This is what the world is looking for. It’s what I want in myself, and also what I fear.

. . . praying and singing hymns to God, and the prisoners were listening to them . . .

All scripture above taken from Acts 16.

I’ve been breathing the blog-free air for about a week and a half now. It’s not a complete blog-abstinence – I’ve continued monitoring spying on interrogating reading my kids’ blogs, blogs of other family members, and two other blogs that edify me. But I’m no longer drinking from the daily firehose of the blogosphere.

All it took was me reading one last snarky, straw-mannish, ungracious comment on another blog to get me asking the question I should have asked a long time ago: “Why do I do this? What earthly good is the blogosphere, anyway?”

I realized there was no good reason for me to immerse myself in the blogosphere. I’ve been heavily into blogs for over four years now, and I’m not sure that the net effect has been good. That doesn’t mean that there aren’t some tremendous blogs out there – there are. I will continue reading a very few of them, but I’m hoping I’ll be a lot more choosy. And hopefully I’ll stick with this.

You don’t need to read blogs.

(Um, except for this one. Of course 🙂 “When in doubt, serve someone.”

It is common to read this passage in Matthew 8 and think that Jesus is somehow being harsh.

I’m realizing, more and more, that what Jesus is being here is honest. He is not telling the scribe to give up on the idea of following him; he is, rather, telling him “OK, but keep in mind that if you truly follow me, you will be homeless, as I am homeless.”

He was saying “I want to follow you Jesus, just not yet”.

Sometimes I fear that “I want to follow you Jesus, just not yet” is the story of my life. But I digress: Jesus is just being honest with this fellow. Jesus is always honest; there is not a whiff of the salesman in Jesus, there is not a trace of the confidence man, there is no bait and switch, there isn’t any “stretch” in the truth of Jesus’ marketing of what it means to be a disciple. Because Jesus doesn’t “market” at all, he just tells the truth. What he is saying here is “if you want to follow me, you need to follow me now.”

Don’t you love that about Jesus? He tells us, plainly, what we’re getting ourselves into.

[Note: this was cross-posted over at the HNW GAP Singles blog]

From Coffman’s Commentary on Matthew 8:

Paul Joiner, on Death, Suffering and the Christian Story:

The Christian who is united to a suffering Savior finds themselves in the ‘normal’ context of suffering. Jeremiah Burroughs, a seventeenth century pastor says, “God’s ordinary course is that His people, in this world, should be in an afflicted condition . . . usually when God intends the greatest mercy to any of his people He brings them to the lowest of conditions.”

The struggles of the Christian aren’t a sign that something is terribly wrong, but a sign that something is amazingly right. Again, for the Apostle Paul, the Christian who experiences trials is doing so because Jesus holds onto them ever so tightly, “We are afflicted in every way, but not crushed; perplexed, but not driven to despair; persecuted, but not forsaken; struck down, but not destroyed; always carrying in the body the death of Jesus, so that the life of Jesus may also be manifested in our bodies. For we who live are always being given over to death for Jesus’ sake, so that the life of Jesus also may be manifested in our mortal flesh. So death is at work in us, but life in you.” (2 Cor 7-12).

In the midst of our trials, the Christian’s union with Christ reminds us that the Story has an end that is different than our current experience. I constantly find myself wondering which direction my struggle with sin and temptation is going – up or down. I feel this when ministry is a grind, when I see my failings as a parent, and when two of my best friends die in one week.

When, by faith we look at Jesus and our union with him, we know that things will improve. Our story is already finished in our union with Christ. We are now raised with Christ and our life is hidden with Christ in God (Col 3:1). The last chapter of our lives has already been written and Jesus is now living in our happily ever after. His resurrection is our assurance that things must get better at his return. On that day, we will know by sight what the Christian believes by faith – sin, Satan, and death do not win. Our little stories, in God’s grace, begin to mirror the bigger Story simply because we are united to Christ.

For the Christian who is united to Christ, our current experience of suffering needs to be seen in light of the immortal words of the Paul Harvey, “now you know the rest of the story.” So, maybe its just my tendency as a Reformed and Presbyterian pastor to be too theological. But, I’m beginning to think that the problems that I, my students, and my family face need to be met with a deeper and more fixed theology that gives me the freedom to hurt, cry, and hope – all at the same time. 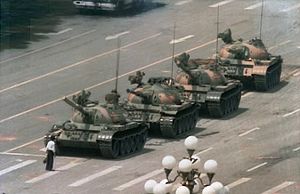 But my view is often incorrect.

My hope is in you.

Wisdom has built her house;

she has hewn her seven pillars.

She has slaughtered her beasts; she has mixed her wine;

she has also set her table.

She has sent out her young women to call

from the highest places in the town,

“Whoever is simple, let him turn in here!”

To him who lacks sense she says,

“Come, eat of my bread

and drink of the wine I have mixed.

Leave your simple ways, and live,

and walk in the way of insight.”

Whoever corrects a scoffer gets himself abuse,

and he who reproves a wicked man incurs injury.

Do not reprove a scoffer, or he will hate you;

reprove a wise man, and he will love you.

Give instruction to a wise man, and he will be still wiser;

teach a righteous man, and he will increase in learning.

The fear of the Lord is the beginning of wisdom,

and the knowledge of the Holy One is insight.

For by me your days will be multiplied,

and years will be added to your life.

if you scoff, you alone will bear it.